Some quick remittance facts about Australia

According to an analysis of the international money transfer, found that more people are sending money overseas from Australia than ever before, with record outgoings recorded over the past four years. Australia ranks 10th highest in the world for transferring money overseas , with about US$15 billion(A$17 billion) transferred in 2012- 11 percent more than in 2010, according to world bank data.

In 2009, Australia was ranked number 26 in the top remittance sending countries according to world bank.There were about 156,000 Google searches by Australians looking to transfer money internationally in the past year, with over 13,000 searches every month on average. 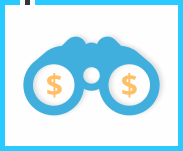 COMPARE AND SEND MONEY
FROM AUSTRALIA