Sometimes you might read that US dollar exchange rates are getting stronger or weaker. You might also be getting advice from friends to wait for a few days before sending money since the rupee or peso exchange rate might rise.

Did you ever wonder if you got the exchange rate right? Before sending money, you check exchange rates and wonder if you should wait to get better prices. The currency exchange rates could sometimes be tricky to understand due to the constant change in the value. So, if like me, you tend to get confused with all the information, don't get bogged down and read on.

We can help you understand what are currency exchange rates are. Why do they change & how can we make the right decisions about sending money from one country to another.

What is Exchange Rate?

A currency value is an important indicator of countries overall economic conditions and has a huge impact on the trade. Because of these huge impacts exchange rates are closely watched by the governments, big businesses & citizens. For businesses, volatility in the currencies could have huge impacts on the bottom lines due to the change in associated cost for imports/exports. For individual exchange rates have a direct impact for the immigrants and expats living abroad and sending money home The idea of Foreign exchange is based on the premise that value of currency across the globe is not the same. If you can buy something with 1 unit of currency, the same thing could cost multiple units of another currency. The ratio of these currencies is determined mostly by supply & demand of one currency against another. This is the main cause of fluctuation or changes in the currency exchange.

How are currency exchange rates determined?

Now that we have an idea about what exchange rate means, we can dig deeper to see how the exchange rate is determined. There are mainly two known ways in which the rate of a currency can be determined, either by the government or by market forces through supply and demand. When government or any monetary authority decides the exchange rate, it is often referred to as a "fixed exchange rate". If the market forces i.e. supply & demand determine the currency rate, it is called a floating exchange rate. Below, we have briefly explained the types of exchanges rate in context to a country and its economy. Later, we can get into the nitty-gritty of why the different types of exchange rate matter to you, while sending money overseas.

The fixed exchange rate is set and maintained by the government as the official exchange rate of the country. The government sets or pegs the price of its currency against a major currency, usually U.S. Dollar (countries also use euro, yen or a basket of currencies). The central bank buys and sells its currency at the foreign exchange market in return for the currency to which it is pegged, to maintain the local exchange rate. The peg can be a ratio that the central bank deems fit and does not necessarily have to be even, or on par. We used to have a similar system under the Gold Standard, in which each country committed to converting its currency into gold at a fixed price. The pros and cons of the fixed exchange rate include, but not limited to the following:

In contrast to the fixed exchange rate, the floating currency rate is decided in foreign exchange markets by demand and supply forces. In this case, the value of the currency fluctuates constantly and adjusts accordingly. There is no official intervention from the central bank or the government to adjust the price of the currency. This is sometimes called ‘Free Float’ too. The pros and cons of the fixed indicative exchange rate include, but not limited to the following:

The flexible exchange rate has a variation called ‘Managed Float’ where the government and the central bank authority deliberately make gradual adjustments in the exchange rate of their country. This is done to reduce the risk of currency volatility caused by economic shock and speculations. Sometimes this manipulation may result in disadvantage to other countries. However, there is no fixed time for the central banks to make these adjustments; they follow a set of rules and guidelines for this purpose.

Dollarization refers to a scenario where one country decides to use a different country’s currency as the legal tender for financial transactions. This could be an official stand by the government or could be adopted by the citizens unofficially. The key benefit would be they related to the more stability that the foreign currency brings compared to the domestic currency. Key examples of such countries include Ecuador, Panama, El Salvador that use the US dollar. Also countries like Namibia, Zimbabwe, Swaziland use the South African Rand along with the local currency. The infographic below represents the currency exchange rates regimes adopted by countries across the world.

What are the factors influencing international currency exchange rates?

The government usually intervenes through central banks to influence rates by buying or selling local/domestic currency in the international markets to stabilize and control the exchange rates. Considering central bank actions could create a big supply or demand for the currency rates could be move in the government’s desired direction.

With an increase in inflation, the purchasing power of money decreases resulting in lower demand and lesser value of the currency. Nations with higher inflation rate usually have a lower value for their currencies.

Higher interest rates represent a good overall economy of a country as well as attract investors from across the world to invest for higher returns. With investors capital coming into a company the demand of the domestic currency increases resulting in an appreciation of the currency value

Higher current account deficits are the result of an imbalance between exports and imports. In such a case a country is spending more on the imports when compared to the income from the exports. Usually, in such scenarios, the country needs to borrow funds from various sources. Investors usually sell currencies for a country with a higher account deficit, creating a lot of supply. This overall could result in a lower currency value for the domestic currency

High government debts lead to fear or defaults, investors tend to avoid such currencies lowering the overall demand of the country’s currency. This could be another factor in the devaluation of a currency.

Besides these 5 factors, some other factors affecting the currency rates could be speculation by currency traders, investors and governments, the political situation of a country, economic slowdown etc. All these factors are closely related to one another and could cause the overall exchange rate values to fluctuate. While these are factors are the result of long term macroeconomic situations, being aware of these factors can help you make more informed decisions, especially while sending money overseas. In the next section, we discuss the 2 different options that are available to us during every money transfer transaction.

Locked-in vs Indicative exchange rate for your money transfer

For an immigrant, whether you are sending money to your loved one or if you are investing in real estate in your home country, the knowledge of the exchange rate is crucial. While sending money from the US to your home country, you can either use the locked-in or fixed rate provided to you by the various Money Transfer service or you could use the flexible or indicate exchange rate option. The difference here is that, in case of a fixed exchange rate, it assures you that the exchange rate value is fixed for you. This means that the exchange rate that you see while making or a booking a currency transfer transaction is guaranteed and final. Whereas, in case of the Indicative Exchange Rate option, you will be given an indicative exchange rate value based on the existing market rates. However, the final amount received could change in case of the currency value changes during the transfer duration. The exchange rate would be determined only during the transfer process and may go up or down depending on the market forces. For example, if you want to send 100 USD to your loved one in India and if exchange rate on the day of the transaction is 67.17 INR per 1 US dollar, then the recipient will receive an amount of 6717 rupees. This is irrespective of any change in the exchange rate throughout the transfer. But, if you use indicative rates, you would not be sure of the exact amount that would be received. Since the rate will be determined when the money reaches the destination, which could be anywhere between 2-5 business days. Bank or money transfer companies usually offer an indicative rate either to hedge their risk or because of the terms, they are getting from their money transfer partners. Indicative exchange rate offering is seen more in the currency corridors where the currency exchange rate tends to be volatile and less stable. A more conservative approach, therefore, would be to stick to a lock in the rate, unless you are expecting that the value of the currency would rise during the time of the transfer and you might end up getting more value out of your transaction. Off late a lot of Money transfer operators have realized that the users prefer a fixed exchange rate and have started offering the same. The fixed-rate providers have to keep some reserve of dollars in advance, as they may end up in minor losses if the exchange rate fluctuates widely. In certain cases, this also affects the time taken to transfer money, as the providers try to cut their losses by waiting for a good exchange rate. The Indicative rate providers, on the other hand, can initiate the transaction as and when they receive orders, thus reducing their risk of losses and providing a faster mode of money transfer.

Getting the right exchange rate for your money is essential. So, you should keep an eye on the currency rates and always try to get the best value when transferring money from one country to another. Keeping up to date about the macroeconomic conditions and doing a little bit of research before each money transfer could help you save a lot. Compare money transfer services before sending money overseas & check whether you are being provided locked-in or fixed exchange rate and ensure that the exchange rate value (net of fees and charges) provided to you is superior. At Exchange Rate IQ, we provide you with a free platform to check & compare real-time exchange rates & fees from over 50 banks & money transfer services. We help you compare remittances so that you always get the best value for your money transfer and pay the lowest possible fees (Zero fees in many cases). ExchangerateIQ.com currently supports money transfer comparison for over 60 countries from the USA and we are adding new countries each day. Below is a screenshot of the search results for the USA to India Money Transfer. You can see the real-time Dollar to rupee exchange rates & pick the best option for send money. At Exchange Rate IQ you can check whether an exchange rate offered is fixed or indicative for each money transfer service provider. Also, you can choose a filter on these parameters, to make an informed decision for your money transfer. Hope you like the blog post. Please feel free to share your experiences with fixed or indicative exchange rates. 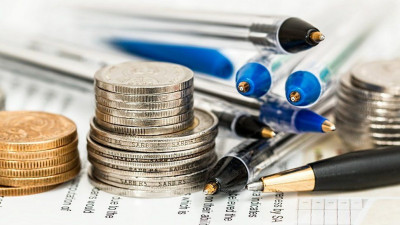